When it comes to programming ST microcontrollers, I prefer to use Discovery boards (mainly because you can turn them into J-Link). However, I got tired of carrying around the whole dev-board just for the programmer, so I ordered a cheap st-link clone due to it’s small form-factor. 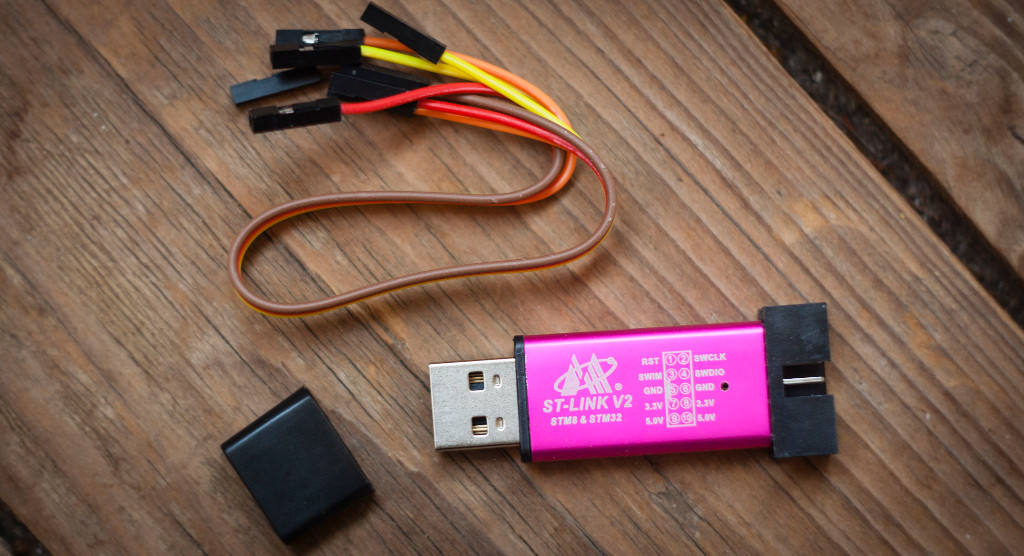 For less than 3$ you get a nice dongle in aluminium case and some wires. After taking a closer look I noticed that there is no SWO pin on the pinout. Perhaps SWIM pin would dual-function as SWO when working with STM32? Unfortunately this wasn’t the case. So what, does it mean I have to use another USB cable just for UART? No way, I’m not going back to the stone age, I want my Trace!

Trace is a very neat feature. One of the common uses is redirecting stdout stream to stimulus port 0 in order to printf debugging information. All recent versions of ST-Link v2 support this feature, so the first thing I did was check if the dongle is running the original ST-Link firmware. I launched ST-LINK Utility and updated the firmware with no issues whatsoever. So now we know that the dongle is running the latest official firmware and supports trace functionality. 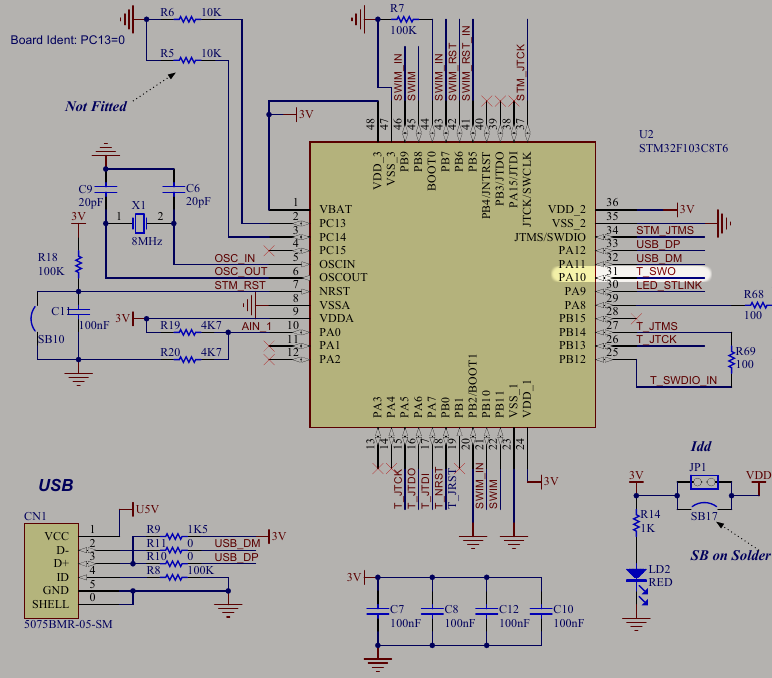 I couldn’t find schematics for a stand-alone programmer so I assumed it would be identical to the one present on Discovery board. PA10 is used for SWO so the next step would be pretty straight-forward.

I’ve cut the trace from 5V pin right after the via and soldered some bodge-wire to PA10 (pin 31). I also added a 22Ω resistor in case something goes horribly wrong. Initially I wanted to use SWIM pin since I don’t care about STM8 and it would only require desoldering one resistor without cutting any traces, but the 5V pin was easier to reach.

Time for some testing. 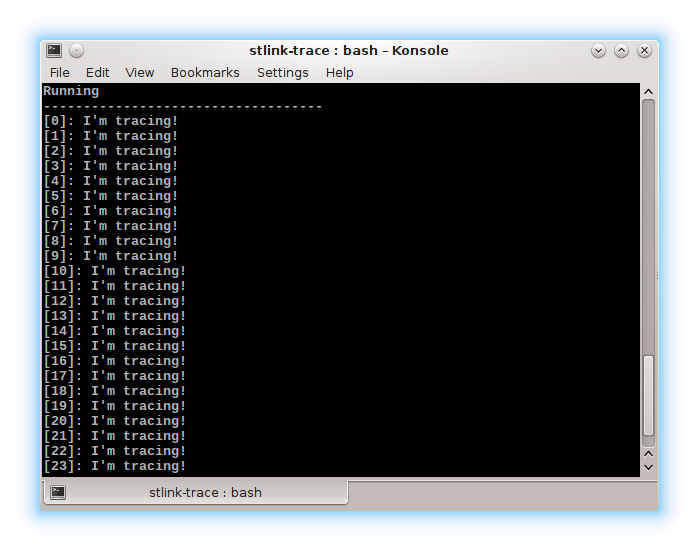